Let’s start with the new commission you are presenting at the Biennale of Moving Images: The Limerent Object (2016). The video explores a classic opposition between female and male and portrays sexual energy as a trigger for chaos (both creative and destructive). There are a series of other associations, for instance between a wet, fleshy body and carved stone statues, or between atomic explosions and microorganisms. Is the Earth the limerent object of your video, and humans the obsessive element of the relationship?

Mythic notions of creation and destruction were key to thinking around what the limerent object might be. Our pale blue dot is absolutely the limerent object to the alien figure in the piece, and the trembling image that promises salvation and annihilation is the lost limerent object to the human figure. At the time I was making it, I had read something about Polynesian creation myths beginning with the dismemberment of a proto-person, and this trope turns up both in myths around the globe and on micro and macro levels if you think about the cleaving of cells, atoms, or planets. I’m not sure how successful the piece is in expressing that, but it’s the beginning of a series of films around this subject, so hopefully it will come into clearer focus as I go.

JL: The Limerent Object returns to another important theme in your work, which is female representation via a sculpture, which reminds me of the Venus of Willendorf. Whereas in previous work you explored images and characters that placed your investigation of female representation in the context of the Gulf, or at least the Arab world, here you seem to have moved to a more universal symbol of femininity. Could you expand on your reasons behind the use of this female figure and how it relates—or not—to previous work?

SA-M: It’s not actually the Venus of Willendorf, it’s a mash-up of Paleolithic “fertility goddesses” and the famous Martian wall paintings of Tassili n’ Ajjer in the Algerian Sahara. So it was with these two early human works of art that I started playing with a fictional expression of a pan-spermic genesis on Earth. And what the über mother or mitochondrial alien-Eve might appear as. They may have been a cluster of bacteria on a meteorite, or they may appear in a quasi-human set of lines and organs. In terms of relation to previous work? I guess this is what people call a departure. I wanted to achieve something more ambitious than my previous video work. Usually I’m either trapped in context—geographically ghettoized to talk to/from/about my identity as a woman from an Arab country—or I’m constrained by finance to work with words and found footage. This time I had the opportunity to delve into visualizing the realm of my science-fictive nightmares.

JL: The female sculpture, and more generally speaking The Limerent Object, also signal your long-standing interest in the idea of time, and our relationship with time. Concepts such as time travel and the endlessness of time have been part of your work and are a big aspect of the idea of Gulf Futurism. The Future Was Desert Part I & Part II (2016) are mostly about this relationship with time. Could you talk a bit more on the idea of time in relation to The Limerent Object?

SA-M: If you could say something to your greatest grandparent, what words would even be appropriate? What feelings would you impart to your Neanderthal antecedent? And what would they have to say to you? I’m sure I’m a disappointment to them. Again, I wouldn’t relate this piece to Gulf Futurism, as that is a very specific set of ideas around the warp-speed development from pre-agrarian life to hypercapitalism that I witnessed in my lifetime. This is asking a more playful question, and in a mytho-poetic way.

JL: Following on the previous question, could the mash-up female figure be understood as a cultural artifact that works as a time-traveling tool? Are all cultural artifacts tools for time travel?

SA-M: Yes. The first and only time I’ve encountered rock art was in the Cederberg mountains in South Africa. I was at a campsite and went for a walk to a ridge where I found several little red figures of a hunting party. The paintings in that area range between eight thousand to one hundred years old. And the region has examples that go back twenty-eight thousand years. Slipping that into the context of the minuscule blip of a human life gave me a reeling sense of temporal vertigo. So in that sense, these artifacts do allow one to time travel. There’s a Nigel Kneale TV show called The Stone Tape (1972), which seems somehow relevant here. Its premise is that rock can act as a sort of recording device or receptacle of sound and image and time, and in that way I guess we don’t travel through time, but different times can be conjured and projected around us.

JL: I would also like to touch upon your interest in ecology, in the imminent ecological collapse that finds in the Gulf a preview of what the future on Earth might or will become. Among others, your 2014 video A Whale Is a Whale Is a Whale taps onto this topic but it is also present in The Limerent Object. Could you tell us how this new commission articulates your views on our current ecological situation?

SA-M: Our situation is dire if we think of ourselves as separate or in any way in control of the environment. I am in a perpetual mourning period for the systems that sustain me and the future they promised. A Whale Is a Whale Is a Whale was again, presumptuously, attempting to give voice or imagine the voice of a nonhuman mind at this stage of grief. I think some people will find this ventriloquism suspect, but I found Jane Bennett’s 2009 book Vibrant Matter to help justify this way of thinking about the voices of animals or aliens—or, in the case of a new project I’m working on now, petroleum. Bennett says that superstition and romanticism of anthropomorphizing “others” works against anthropocentrism. And that, I guess, is the goal I’m shambling toward.

JL: The Limerent Object is quite dark and gloomy—or, in your own words, doomy, full of ghosts, even a haunted object. Is the only possible outcome for our era the collapse of the planet and/or the extinction of humankind?

SA-M: The message of the alien in The Limerent Object is in many ways both an answer to the question of our origins and a reprimand to our onanistic idea that self-preservation as a species is in any way important to an indifferent universe. To have a human wanking at the end of the world—which is what this piece expresses—seemed the most appropriate final act for Homo erectus to perform. 😉 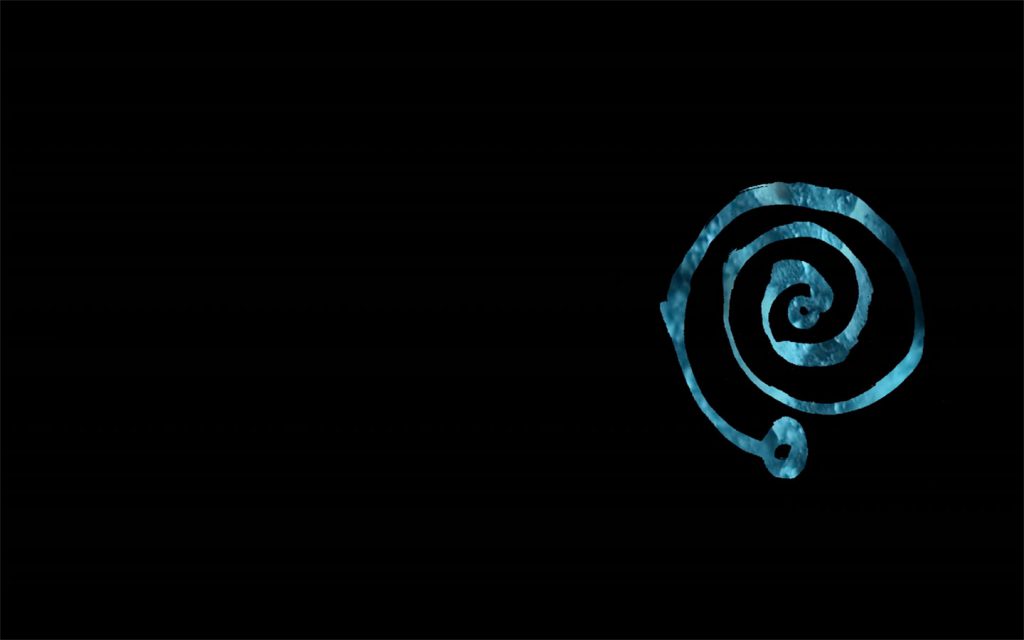 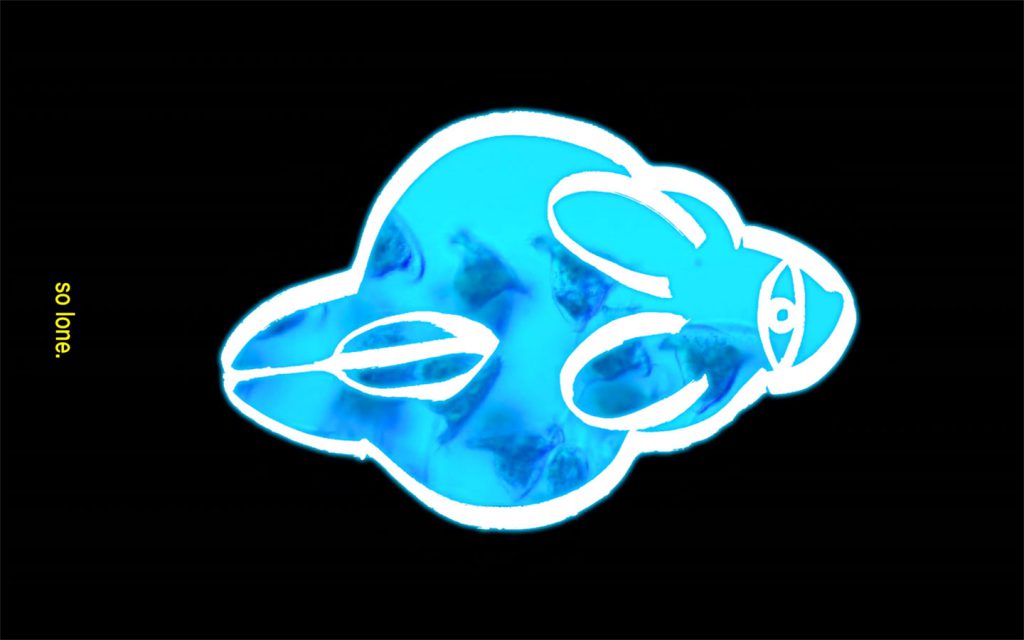 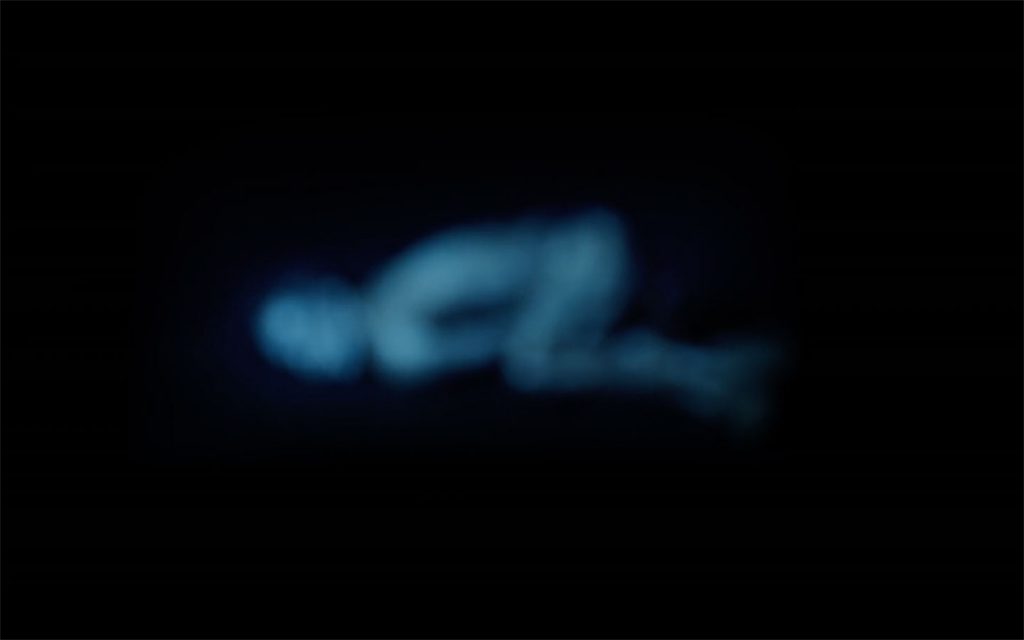 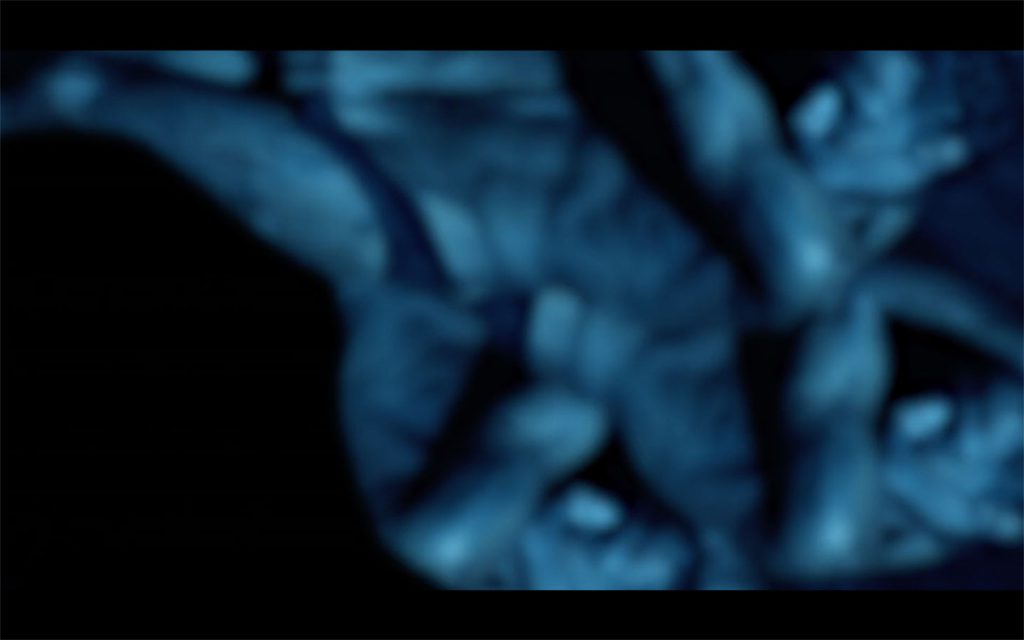 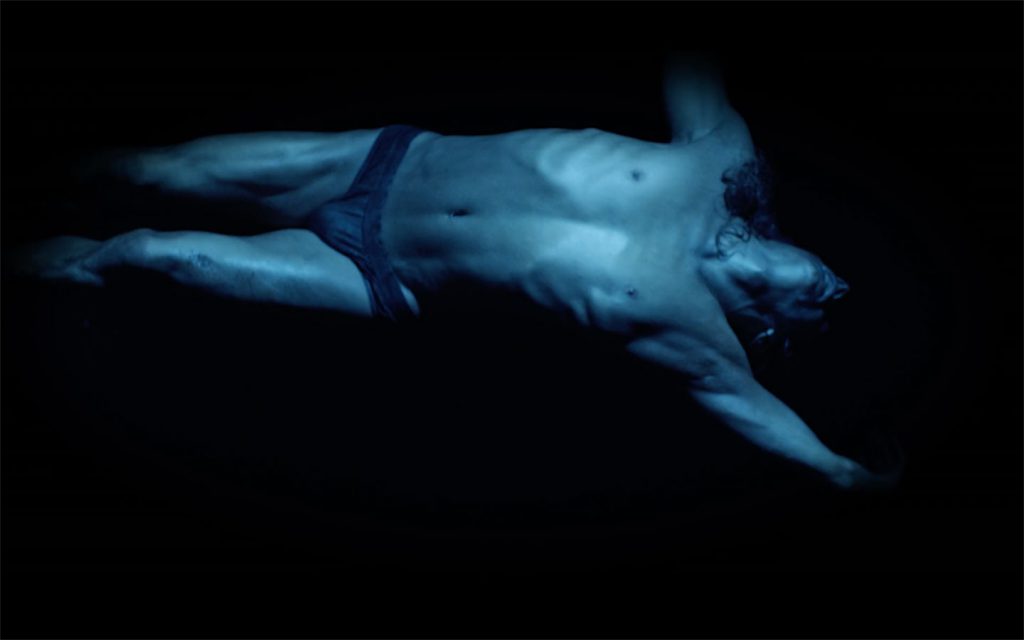 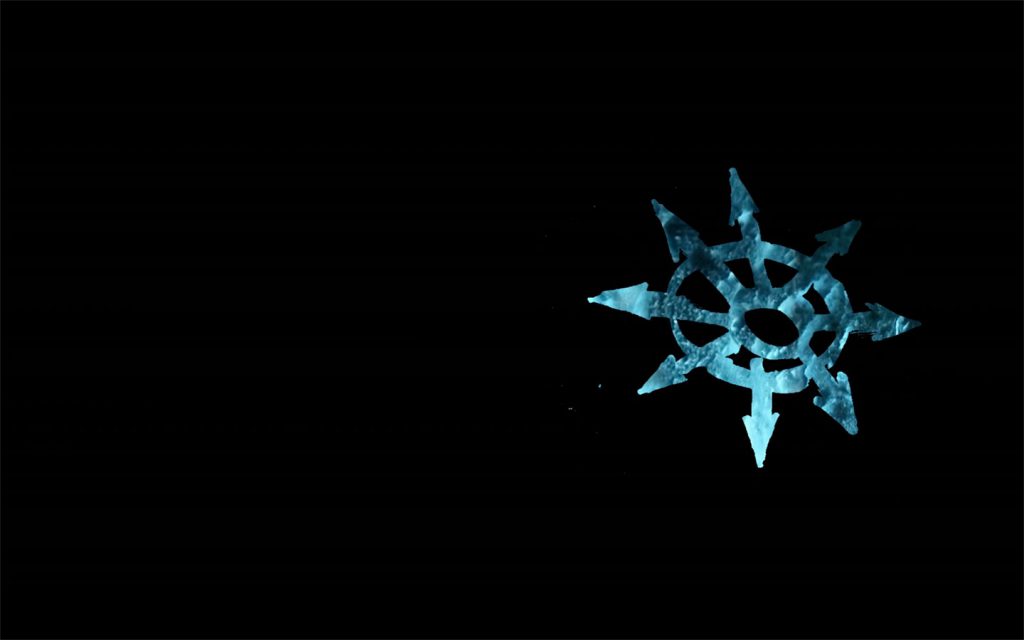 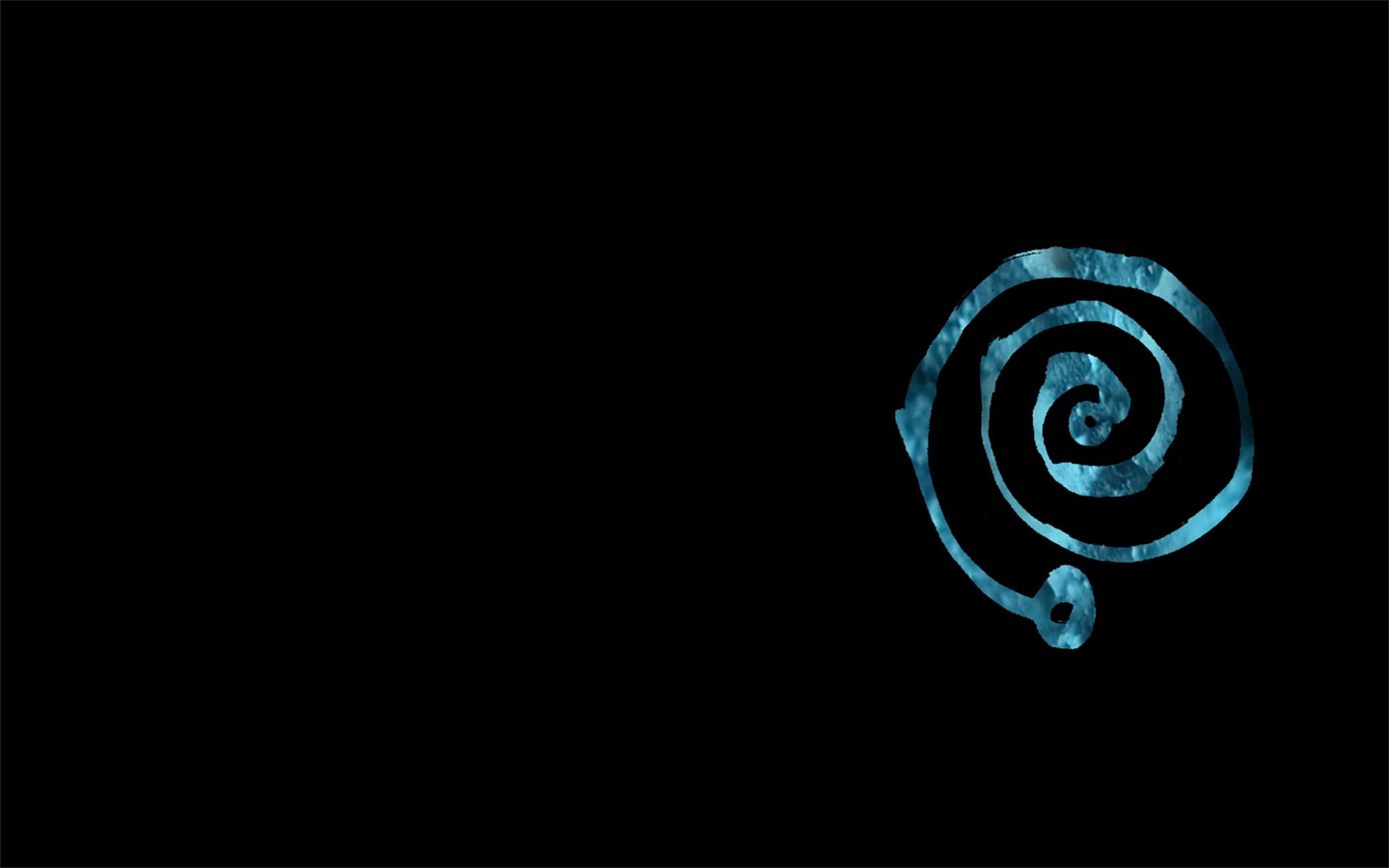 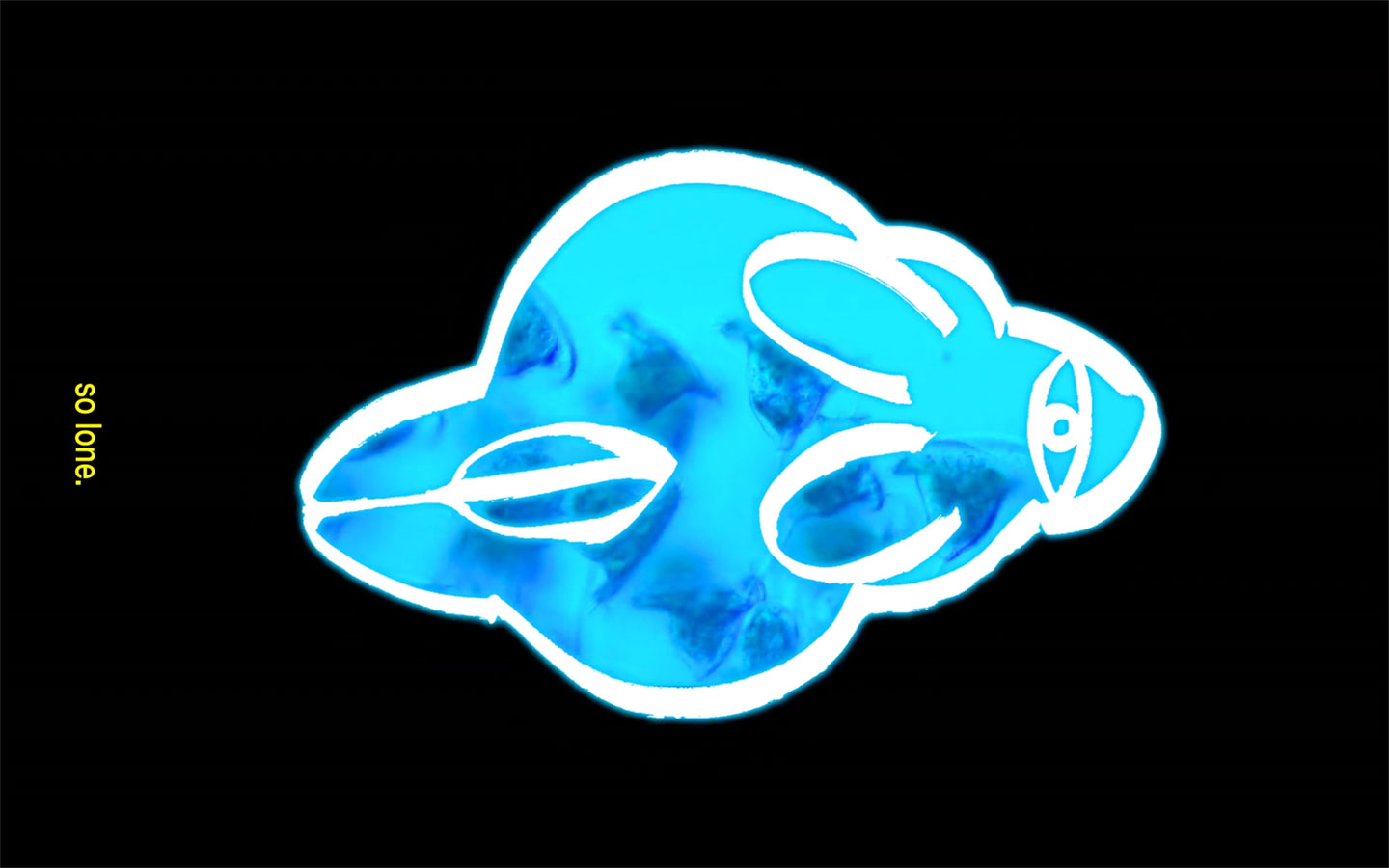 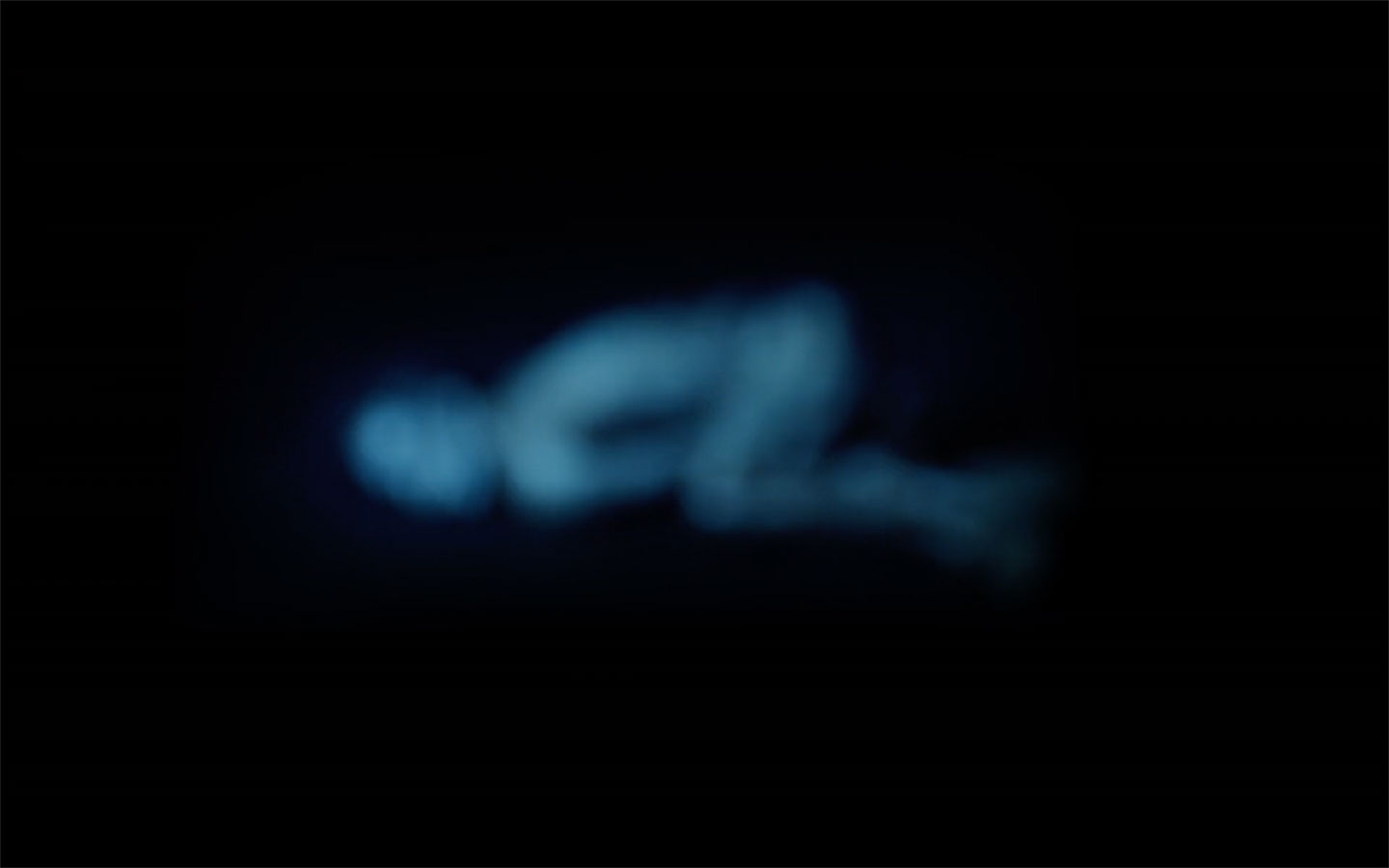 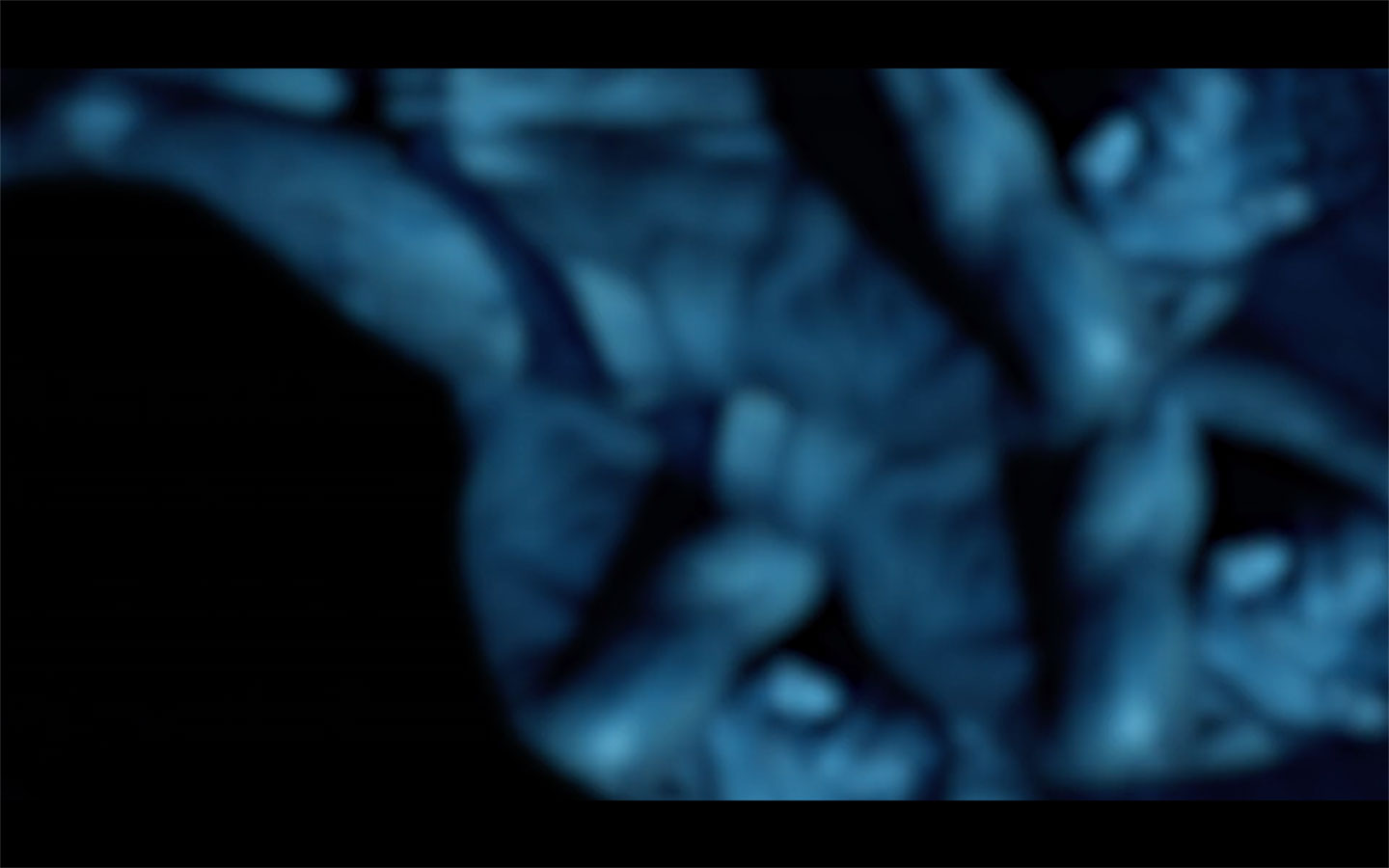 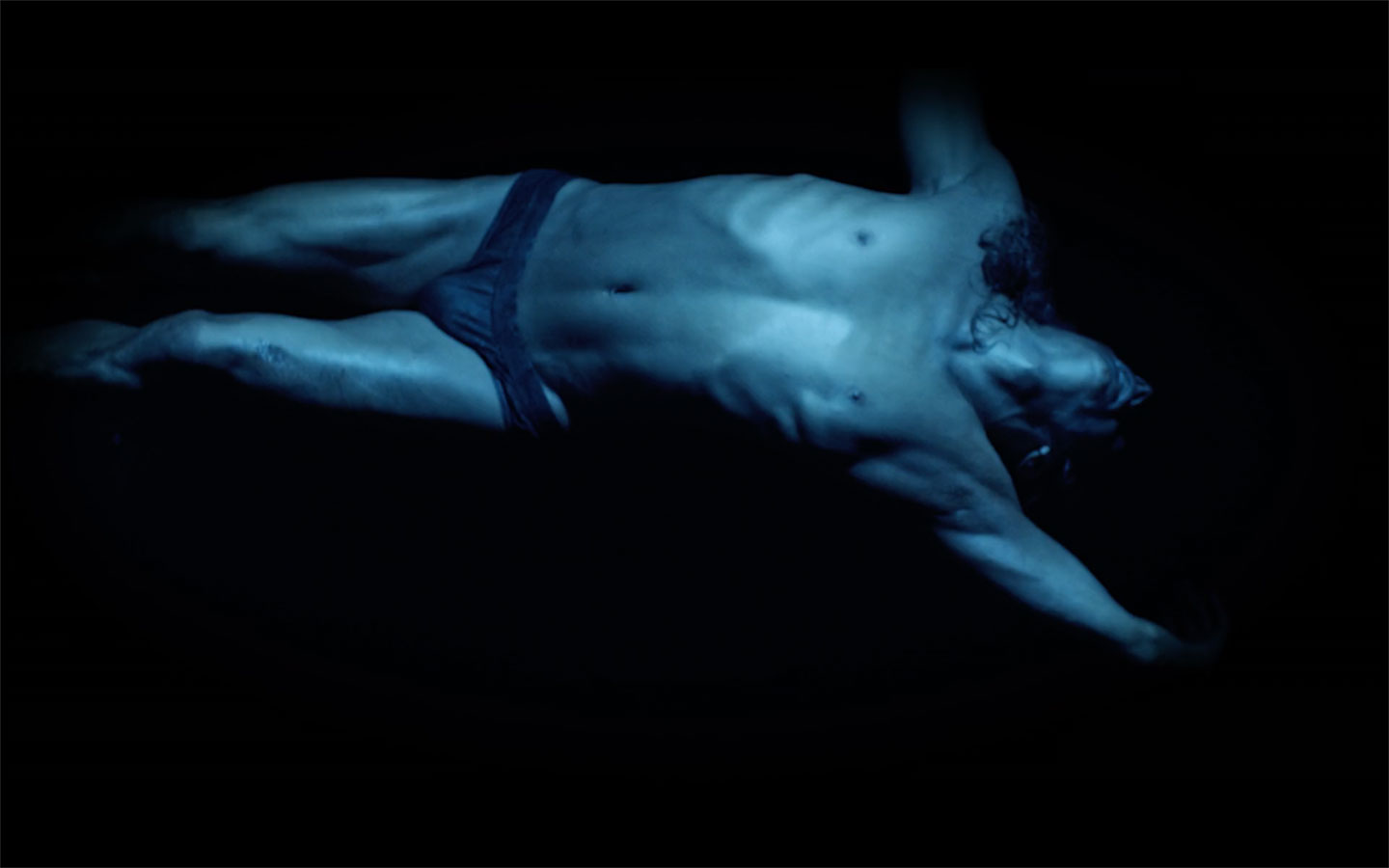 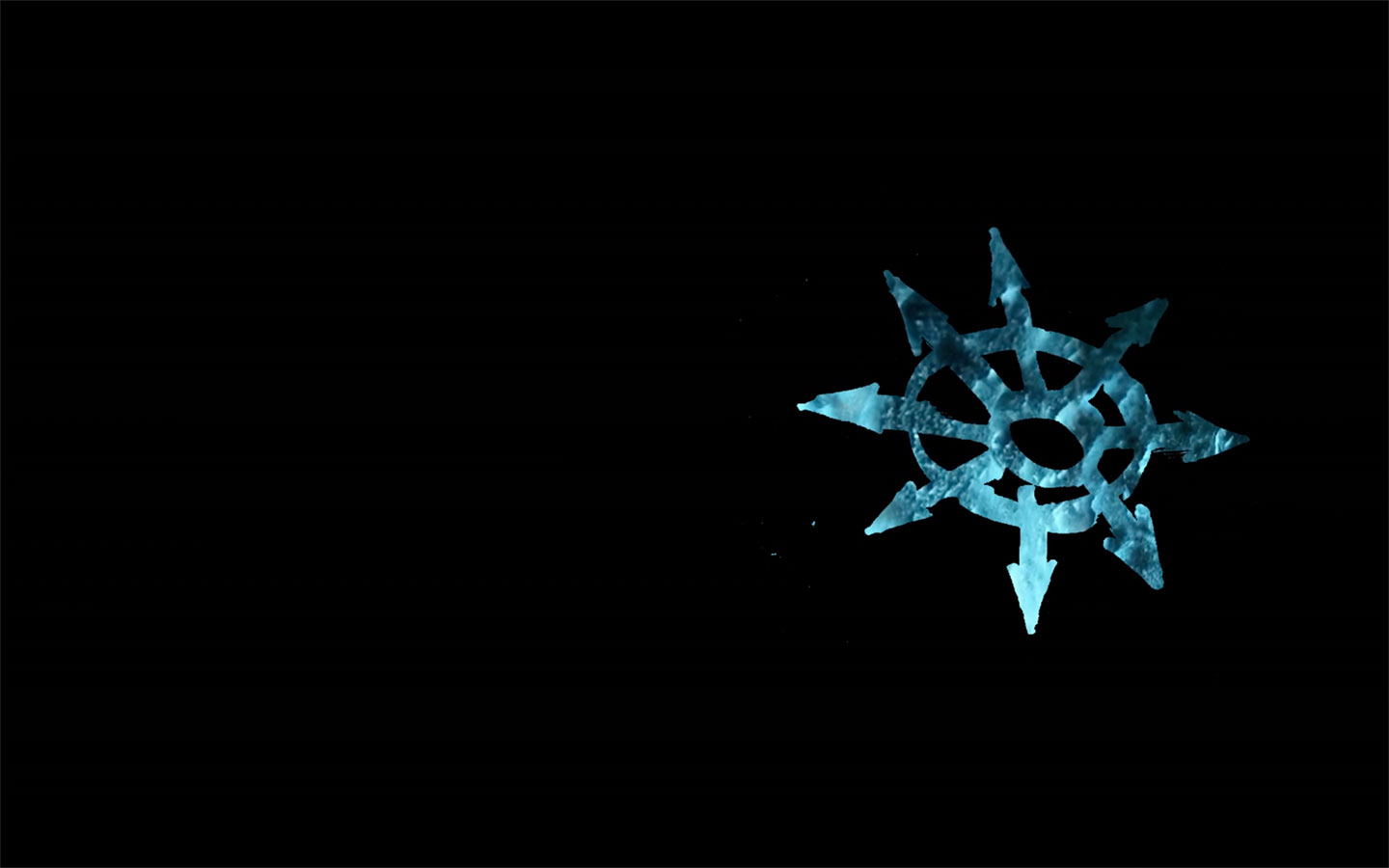