You have said that you “start from the premise that everything exists in nature and that we are within it.” Yet with Boom, your project for the Biennale de l’Image en Mouvement, it seems to me that the anticipated transformation of the environment is triggered by an intervention that is clearly from outside the system of “nature”—an explosion made with dynamite. Does this work depart from that premise, then?

In my opinion, Boom does not contradict this postulate, because humans merely “sort out” what exists in nature. The 117 elements listed in Dmitri Mendeleev’s periodic table form all the matter that exists on Earth and in the universe. Humans are incapable of creating new elements; they can only arrange in different ways the ones already there, like children playing with Lego blocks. They can combine the bricks that are available, but cannot alter or create new elementary bricks. What humans “create” chemically can be compared to a rearranged Lego brick.
Dynamite (nitroglycerin) is produced from the combination of glycerol and nitric acid, two substances that exist in nature. Here humans are merely the vector causing these two products to come together in their pure form and be activated through combustion. For me, explosions are an integral part of nature. Every second on every sun, atomic explosions are created that are millions of times more powerful than human bombs. According to the big bang theory, an explosion created the universe. An explosion, which we generally see as an act of destruction, can also be envisaged as fecund and creative.

RR: With this project, and in general, how do you see your role as an artist: as being an author and creator, or more as an instigator or catalyst? Is your role to create a situation for an unfolding process, or to make a completed work?

HB: Since I believe that humans can merely rearrange what already exists, in my work my position is that of an energy operator. I try to fit like a link in the chain of preexisting natural processes, and I can only decide and modify a certain number of parameters. In Boom my intervention first consists of triggering, instigating an experiment, accepting the fact that I cannot control the result. Once the explosion is brought about, I become a spectator and observe the natural processes under way.

RR: Is there a (metaphorical) relationship between your idea of the artist as un régisseur d’énergie and the way the artwork engages, and in turn is engaged by, its audience? So that instead of delivering a set of readymade meanings, the artwork provokes interpretive processes, chains of thought and association, that are shaped by particular cultural contexts (perhaps the social-historical equivalent of the periodic table)?

HB: Yes, for me the three sequences exhibited are documents, endorsing a gesture. Out of these elements, we each can imagine our own oasis. I really like what Max Ernst wrote about his discovery of the collage-frottage technique: he placed sheets of paper over various materials, and rubbed the sheets with a soft lead pencil to print some details. He claimed that with this technique he could produce images that “stimulate the visionary faculties of the mind.” I attempt to do the same thing with a strict recording of reality: to make images that leave room for the imagination, on which anyone can project his or her own composition. It is true that just as chemistry always composes out of elementary bricks that cannot be altered, human imagination always composes out of images already seen and ideas already known. But the possible combinations appear endless. Whereas in the normal imagination our idea of an oasis is quite stable, certainly each of us will imagine a unique composition, which in each case will be different from what will really happen.

RR: The timespan for the production of this project is indefinite, but presumably it will unfold over a number of years, so you will initially be presenting an unfinished work in progress. Do you think this will change the way audiences look at your video? Are you implicitly asking viewers to imagine the project’s future development?

HB: Yes, what I want to present to the public is a process, an approach: to explode a mirage, an illusion, and create an oasis that will be real one day. Somehow the viewer and I are in the same position, constrained to turn to the future to create meaning and interpret these images. The project is based on something ambivalent between mirage images and those of the well, very empty, while its positioning in reality goes beyond these images. Workshops will be set up every year with the schools in the area, and the income that the video might yield will be given to these schools through a Moroccan association, MADAR. The idea is that this garden that grows is a metaphor for children in need of culture and means.

RR: A technical question: Was the well created with a human-made water supply, or through the collection of rainwater?

HB: The well was dug with pneumatic drills and sticks of dynamite to break up the boulders. The water comes from the subsoil; it surfaces from groundwater. In this region rain is rare and temperatures can be very high, so it is truly impressive to observe the presence of all this water at the bottom of the well, right there under the ground. But it was already there; all I do is make it surface. What interests me is the triggering—the idea that an explosion can provoke chain reactions leading to gardens appearing in the desert. 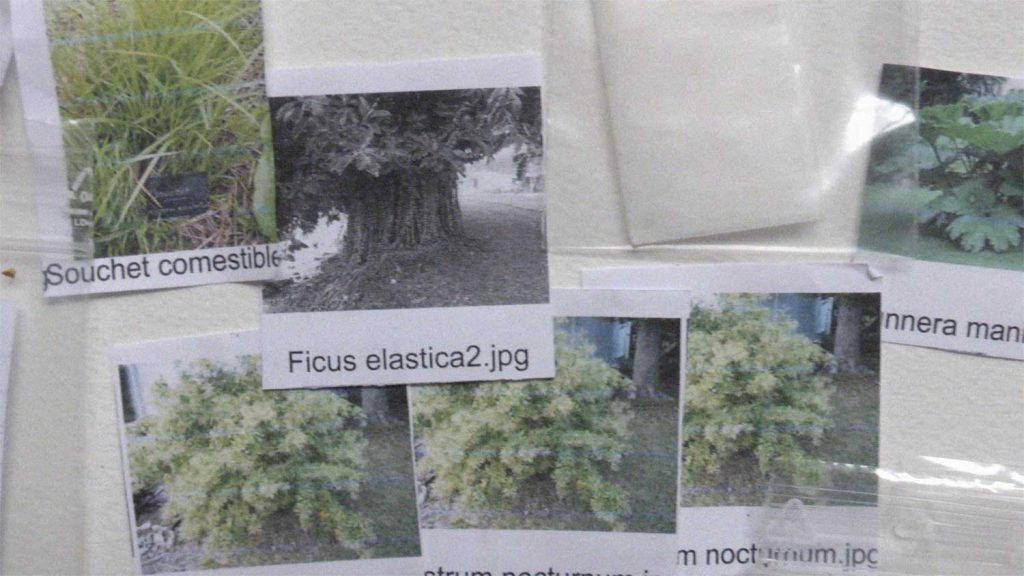 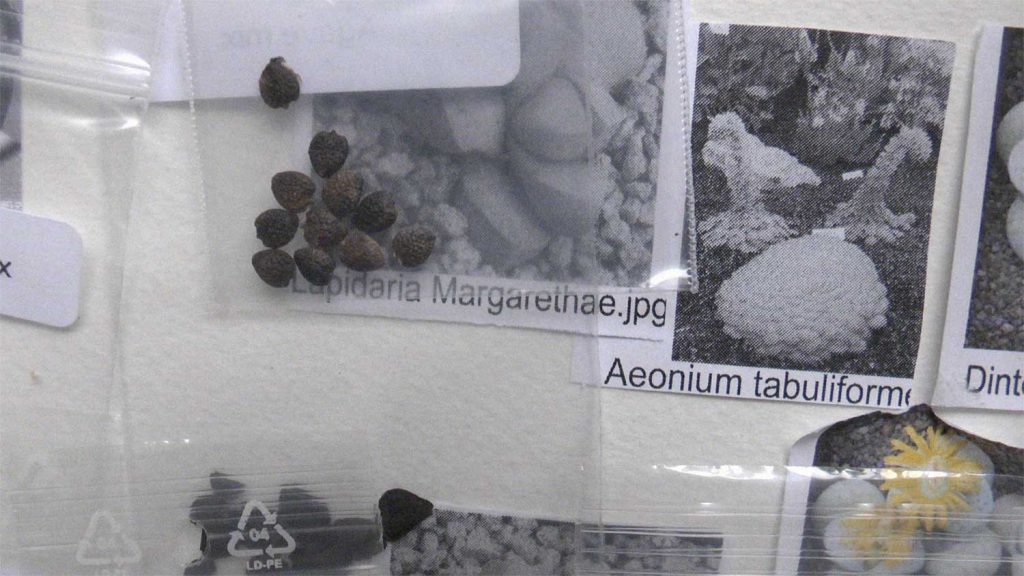 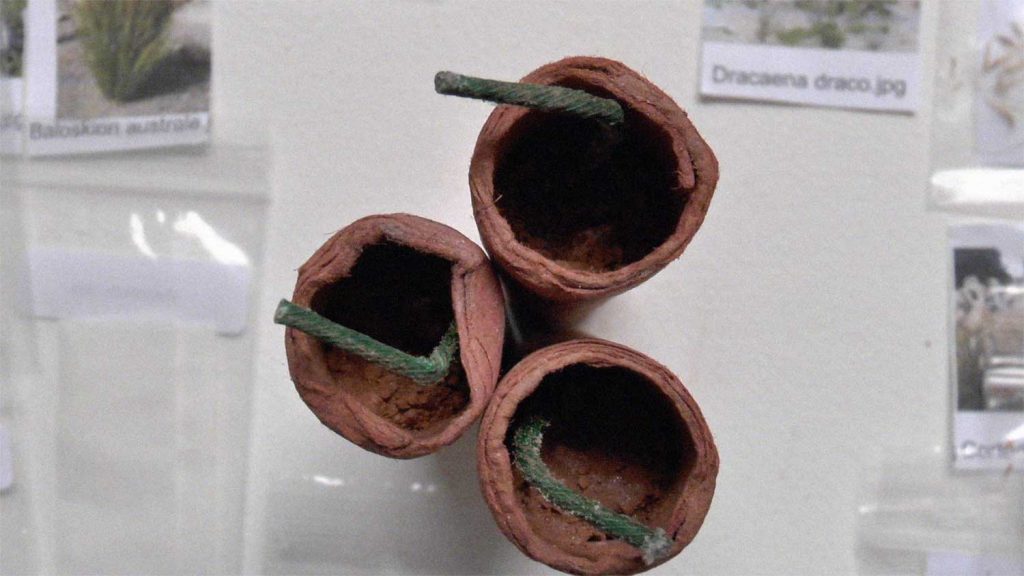 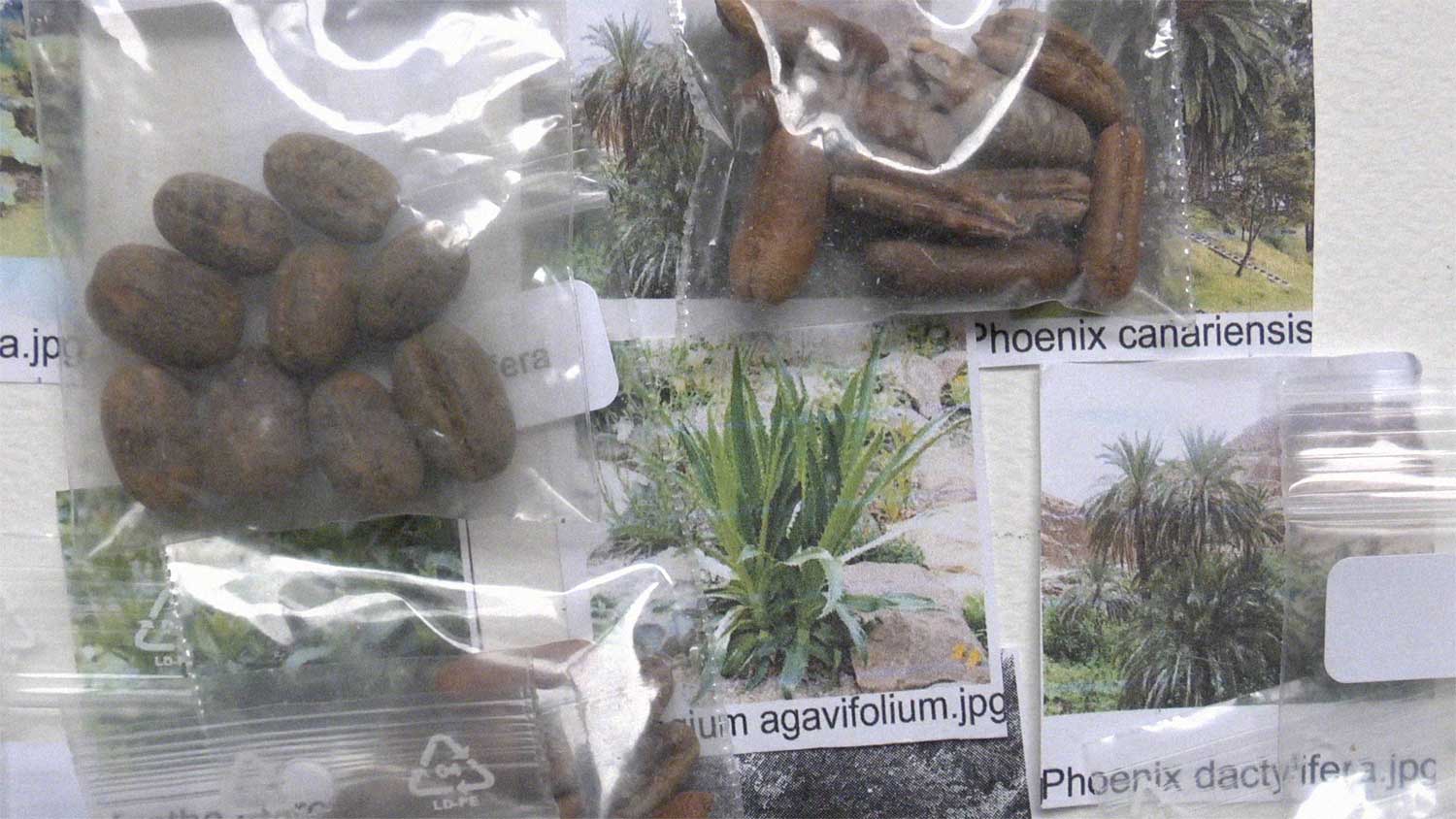 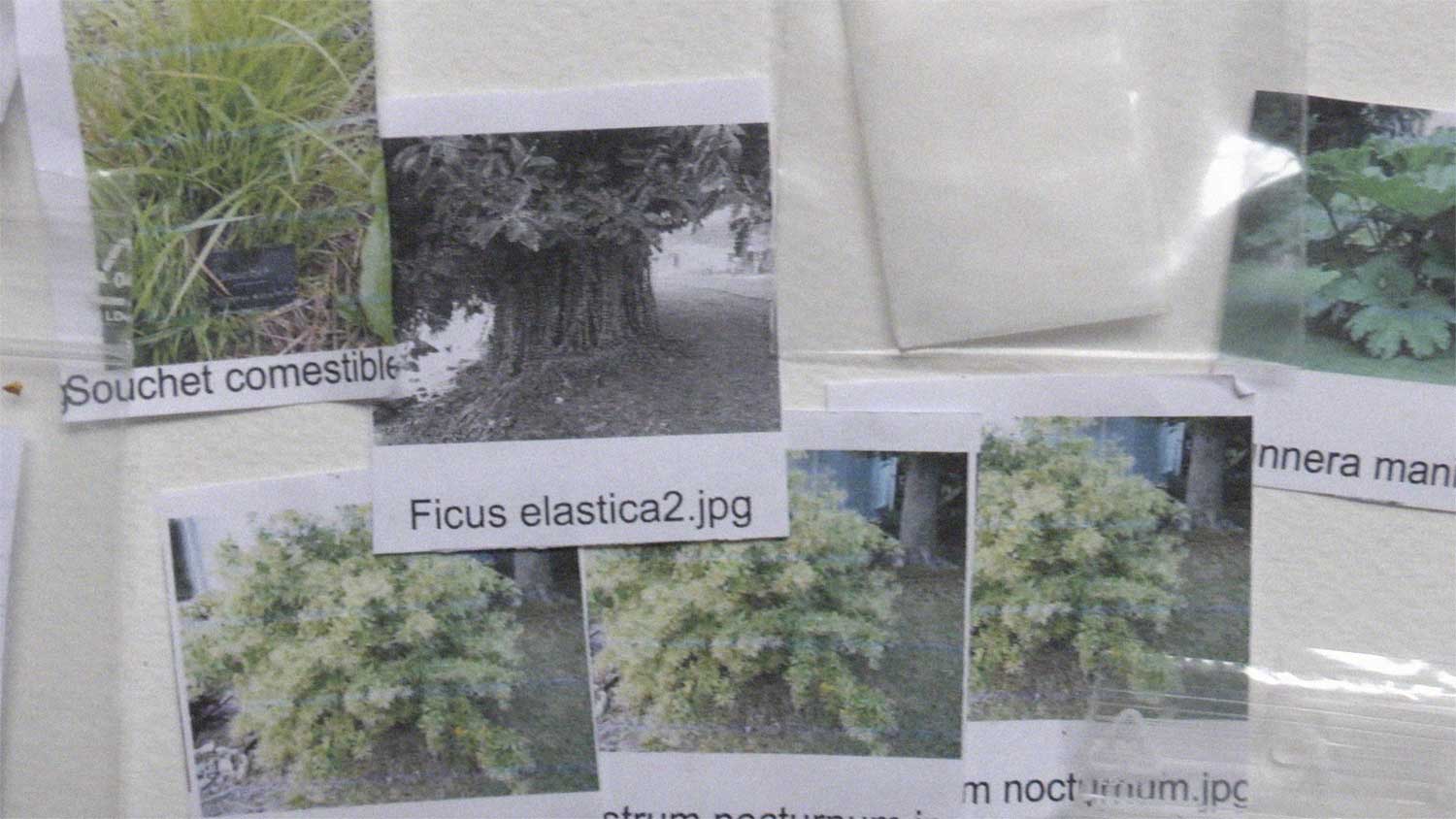 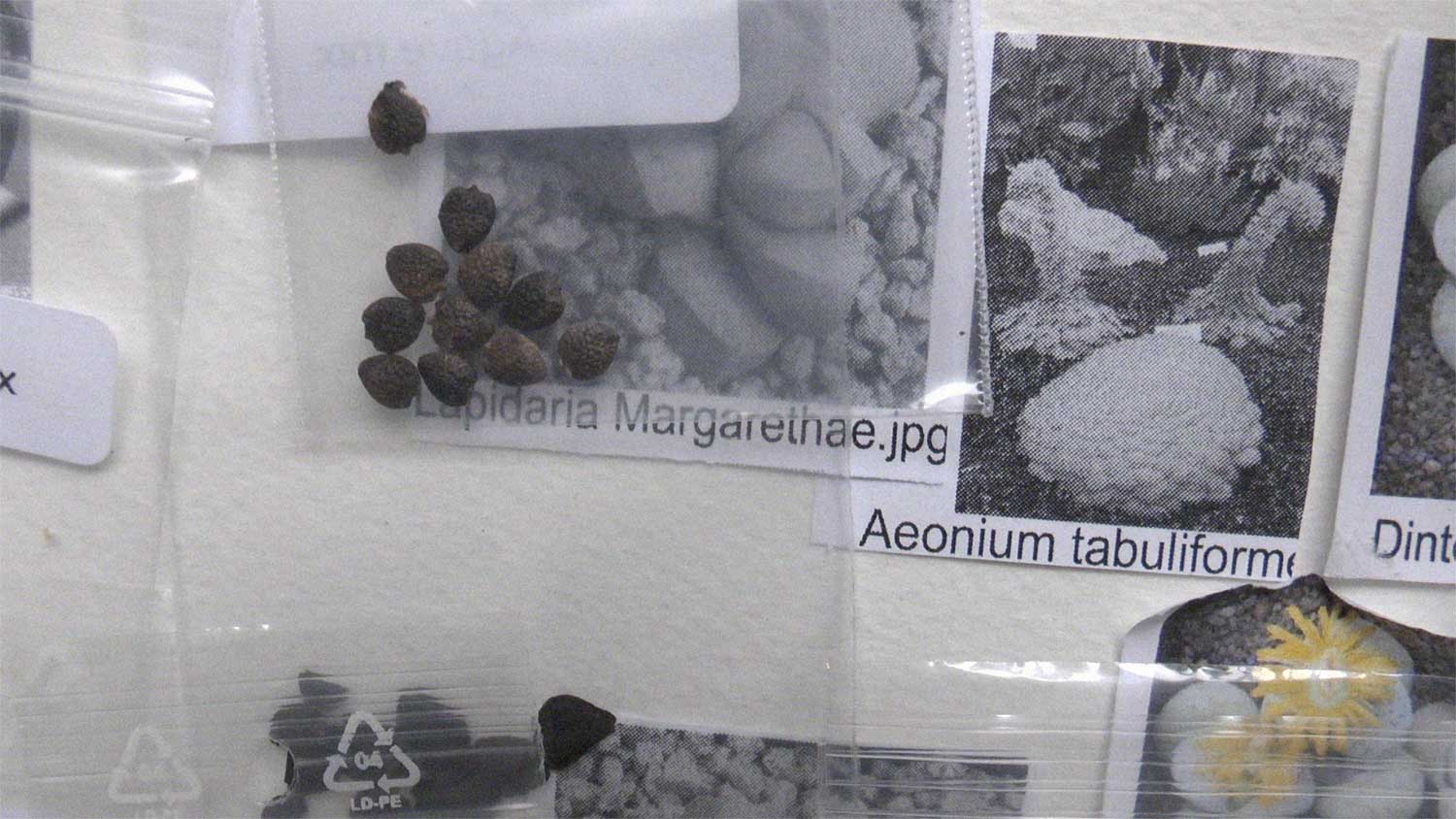 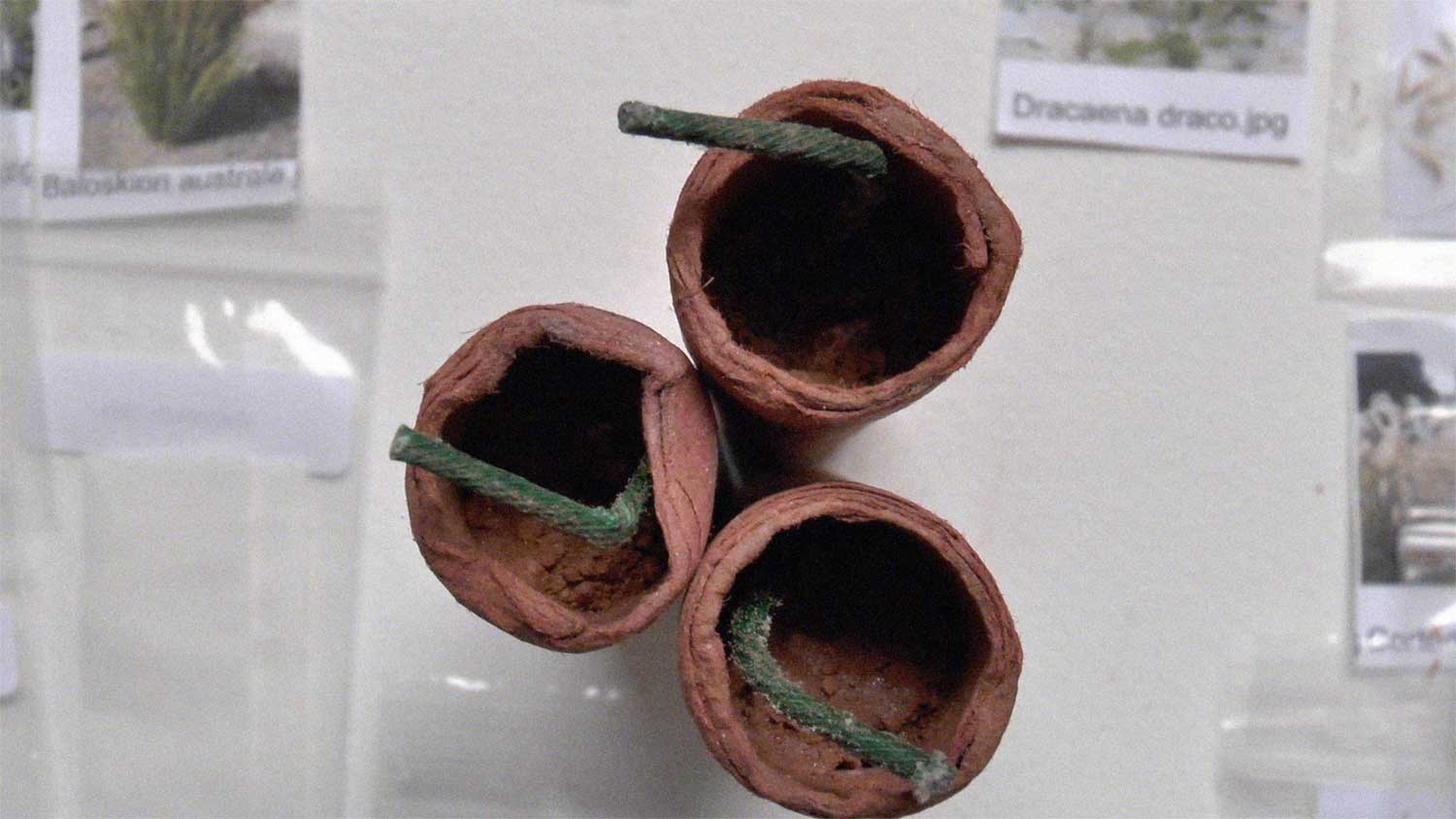