Your film for the Biennale de l’Image en Mouvement, In Praise of Nothing, features a very singular voice-over in which a personified Nothing talks to us. The images are a collage of sequences shot by several dozen filmmakers from all over the world. Aside from the originality of the method, wanting to make a documentary about Nothing is a major challenge in itself. Could you tell me how you decided to, shall we say, inflict this challenge on yourself?

At first it was a joke, a rhetorical provocation that soon became subtle and then very serious. Given the infinite ways in which it modifies, qualifies, and quantifies our lives and realities, Nothing is truly a legitimate subject, and an important and necessary one for documentary film—I no longer have any doubts about that. However, as the veracity of the subject is elusive and even paradoxical, the audience must be made willing to play this intellectual game, which is itself more important and fruitful than all the answers one may seek in it.

FP: You are talking about a game with the viewers, but also a creative form of play?

BM: Participating in the game means “suspending disbelief” and accepting the idea that you are watching—or creating—a documentary film about Nothing, a film made with “documentary images of Nothing” and in which “Nothing” talks to us. I always play; if the public decides to come and see the film that means that it has also agreed to play the game. In fact, everyone is for it: when people hear about the film, whether they’re film lovers or not, you see little smiles at the corners of their mouths. I think it is something universal—a fatalistic curiosity, linked above all to our existential fears—that I make it my duty to contradict, if only for the duration of the film.

FP: I get the impression that you are trying to talk about the film from the standpoint of the audience rather than your own. Do you think that it is Nothing that causes your reversal of viewpoints?

BM: I draw inspiration both from an enormous and extremely eclectic bibliography, and from numerous daily Nothings that are gloriously intimate but rarely enter the field of awareness and are never filmed. Whether I have become a slave, subject, or object of Nothing is of little importance—once again it is the obstacle course that counts, for me as much as for the viewers.

FP: How do you portray “Nothing”?

BM: The film has two challenges. The first is cinematic—“How can you show this Nothing in a documentary manner?”—while the second is more dramaturgical—“If this Nothing existed and spoke to us, what would it say, and how?” For the visual aspect, I decided first of all not to do the shooting alone because it would have been both too pretentious and too limited. I started out with the romantic idea that a host of filmmakers from all over the world—geographically, aesthetically, culturally, and biographically different—could manage to film Nothing collectively in such a way as to create an ensemble work that none of us could have achieved alone. This hypothesis turned out to be right and wrong at the same time. There is indeed an extraordinary variety of images, but they nonetheless have a certain unity when they are put together. If I hadn’t talked about this being a collective work, some might think that one person had made them. All the Nothings in the world are simultaneously different and convergent. The same applies to the text. One Nothing talks to us, among many others, but it encompasses all of them. I chose to let it comment rather than make it shut up, for several reasons: first, because in 2016 I’m beginning to get fed up with silent films; second, because the statement becomes more specific and above all more self-mocking. It also aids dramaturgy. My Nothing is fed up with being misunderstood; it has run away from home and come to see us for the first and last time.

FP: Could you talk to us a little more specifically about the process that you set up?

BM: First of all, I gave carte blanche to the filmmakers, asking them to film a “documentary Nothing” for me, with no restrictions. Once they had worked through their initial inspiration, I posted their images on an online platform, a kind of democratic rough draft where everyone could comment on the images made by the others, but without knowing who had filmed them or made the comments. As filming progressed, I gave them increasingly specific instructions that I devised by analyzing all the material. What immediately became apparent was that some of these images go together very well and are perfectly suited to this type of “mosaic editing” in which each image is an idea of Nothing and the next image is another idea of Nothing and so on and so forth. They may have been filmed in very distant places by very different people, but they connect smoothly with each other and with the text. This was the initial idea and it works very well, but the biggest challenge was figuring out how to avoid stifling the idea of the film with this over-abundant diversity of material and rhetoric, or crushing the playfulness of the audience with excessive aesthetic exhibitionism. It was as if I had fallen into my own trap—at first I wondered whether it was possible to address this impossible theme, but when I saw that it was possible, I also realized that it was becoming too much, that I was creating a kind of overdose of Nothing.

FP: I’d like you to go back to your discovery of cinema in relation to what you do now.

BM: My advantage regarding this freedom to play with form is that I have never been to film school, and in any case, making films was never a goal in my life. It came about by accident, through being kind of wearied with written journalism, which was my job for five years in Belgrade, where I worked for all the main European media. So I bought a camera and, without premeditation, shot a film about the alchemist gypsies in my district who turn 2CVs into Mad Max-style recycled vehicles. It was a very informal souvenir film made accidentally and with no budget, but whose freshness and intimacy matched the subject well. It went viral before the YouTube era, traveled around the world to 80 festivals, won many prizes and was shown in about 50 countries. Thanks to the film I started to travel and discover the world of documentary cinema, which was booming twelve or fifteen years ago thanks to the freedom brought by the digital medium. From there, I chose themes that I was excited about personally and each time tried to find the style best suited to the subject. My first two films were in purely narrative form, although they were very different from journalistic reports; the themes of the next two were much more abstract and much more difficult to portray. That was when I started to create the cinema that I make now, something with greater premeditation, that is more about dramaturgy than about the representational aspect.

FP: I’d like you to talk about the birth of this process in the design of Goodbye, How Are You? (2009), your previous film.

BM: In Goodbye, How Are You?, after two years of interviews, contextualization, and denotative representation that I felt didn’t satisfy the potential of cinematic language, I turned everything upside-down by creating a fictitious narrator whose confessional monologue is pervaded by the satirical aphorisms that had served as the initial foundation of the film. I then made a collage of images that were themselves aphorisms, satirical documentary images that I had hunted down for nearly four years on 50,000 kilometers of back roads in Serbia. As in the film on Nothing, they are disparate images but mesh together logically with each other, and above all with the text that illustrates them (or that they illustrate). The film thus reveals the advantages of taking a satirical view of life by using the triple cinematic power of the written word, the visual aspect, and the combined effect of both of these.

FP: You focus on the definition of “documentary” when you discuss your work, which is indeed a collection of “real” images, but your last two films involve the actual creation of characters, almost like the kind a novelist could invent. I wonder what role is played by literature in what you do.

BM: I make documentaries because I take a certain pleasure in playing with reality, and also because it is more accessible and amusing to go hunting than to build a hunting set. At the same time, in relation to literature, it is perhaps compensation for my lack of professional training or my inability to make classic dramaturgical constructions. So I get by intellectually, making do with what I’ve got: a fairly existential multi-disciplinary approach and a relative surplus of things I’ve experienced due to geographical and biographical fate. When I teach documentary film, I exhort authors to find what is special in themselves and turn it into a unique cinematic language. Personally, I cook up ideas that are sometimes complex, but when I distil them via my cinema and my character—both humanist and “I don’t give a damn”—they come out in a very simple form that is universally accessible and tragicomically consoling—which is again a great victory for Nothing.

Translated from French by Simon Barnard 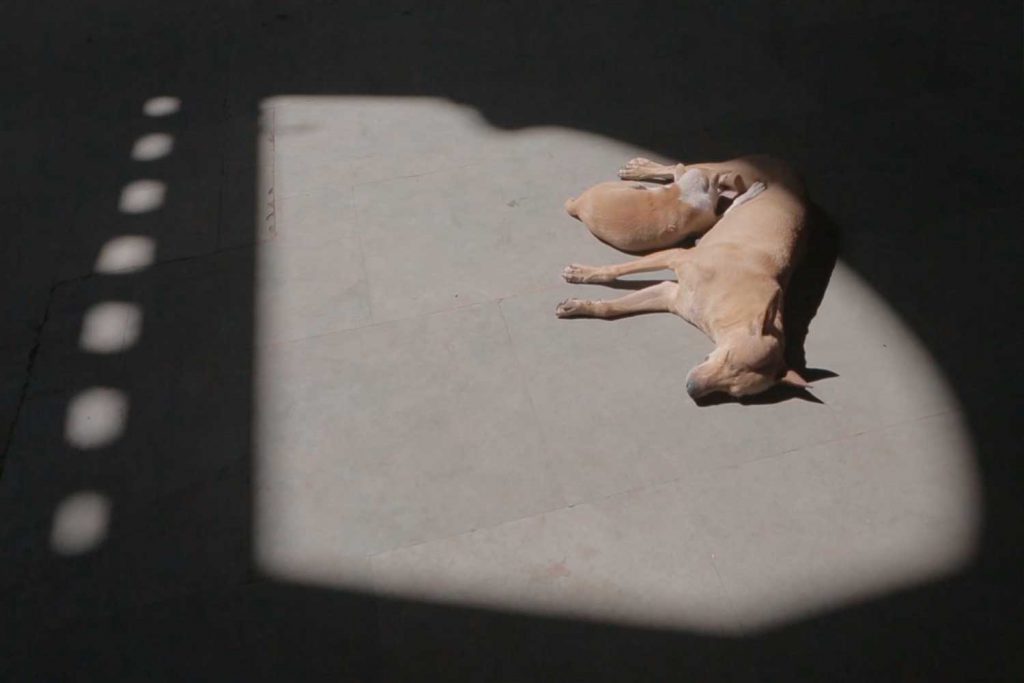 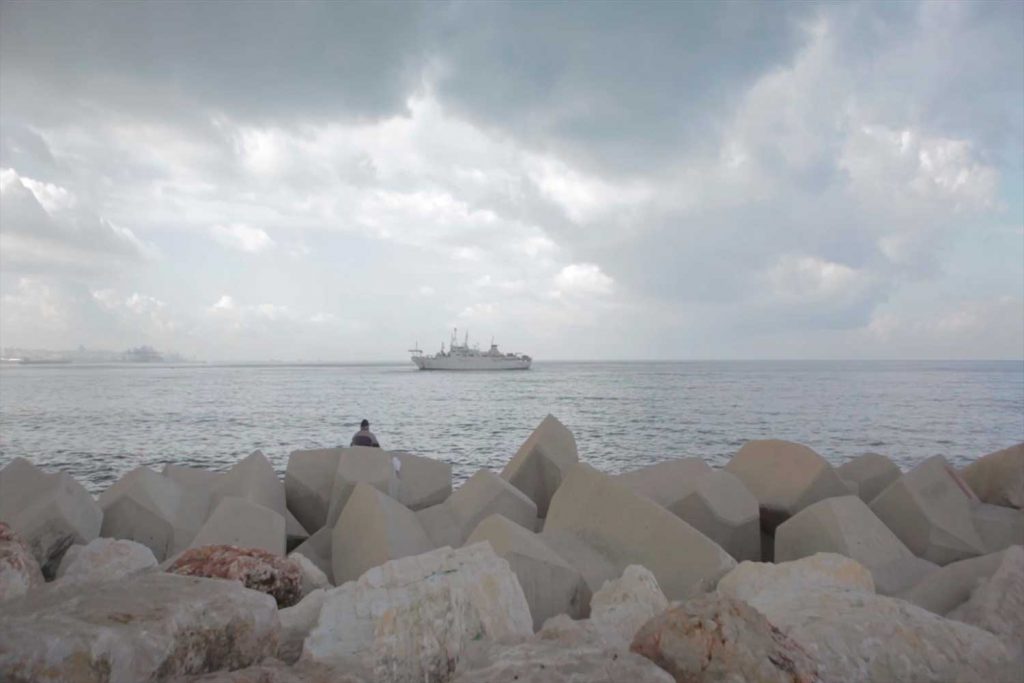 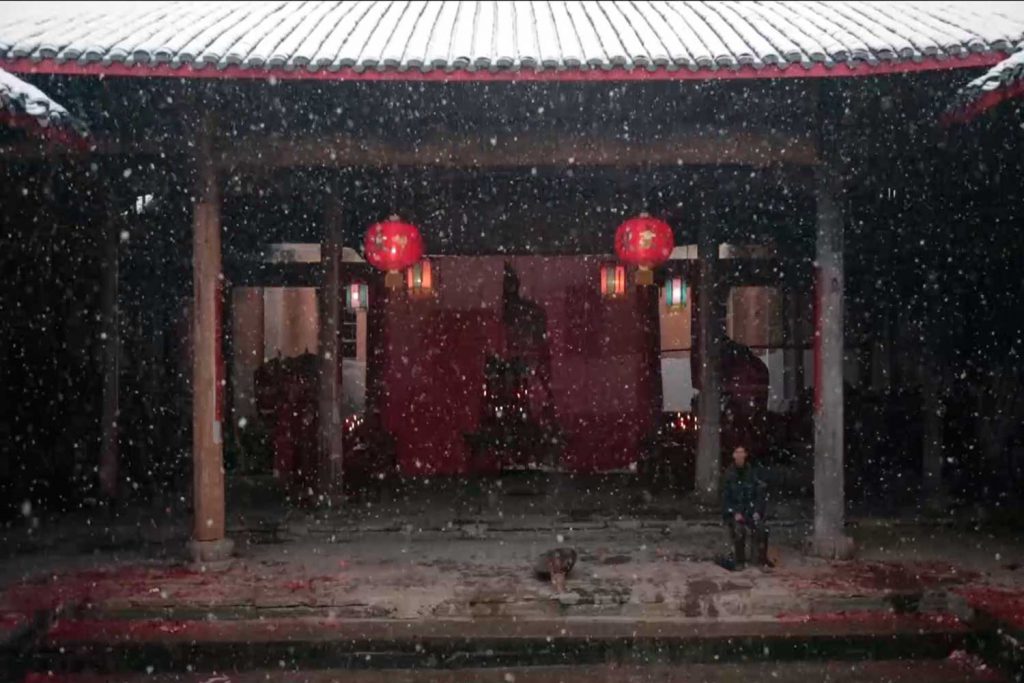 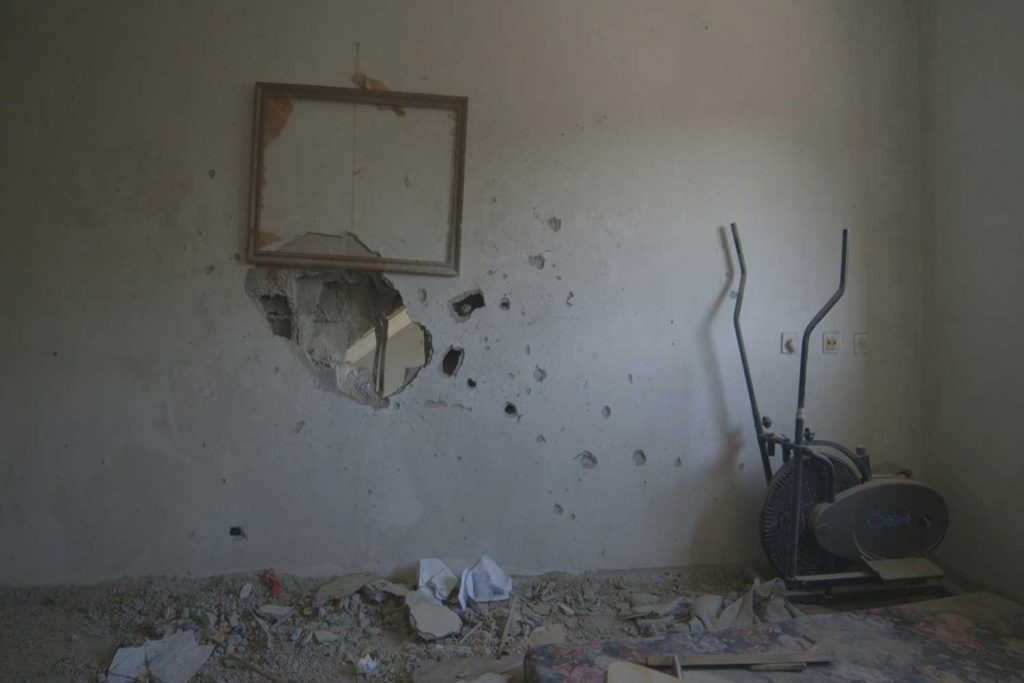 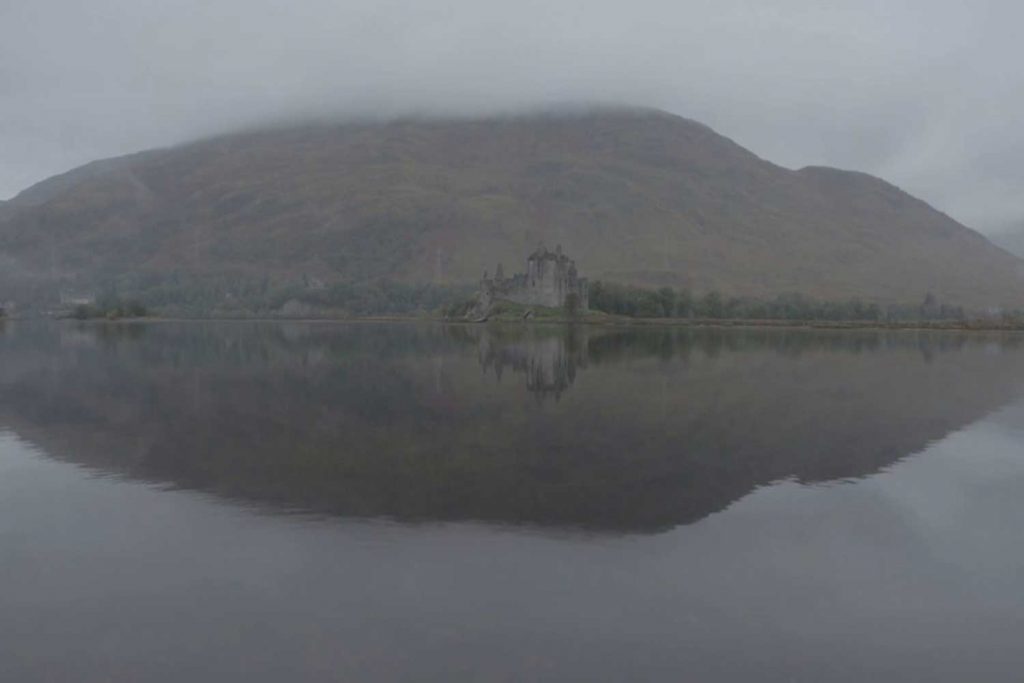 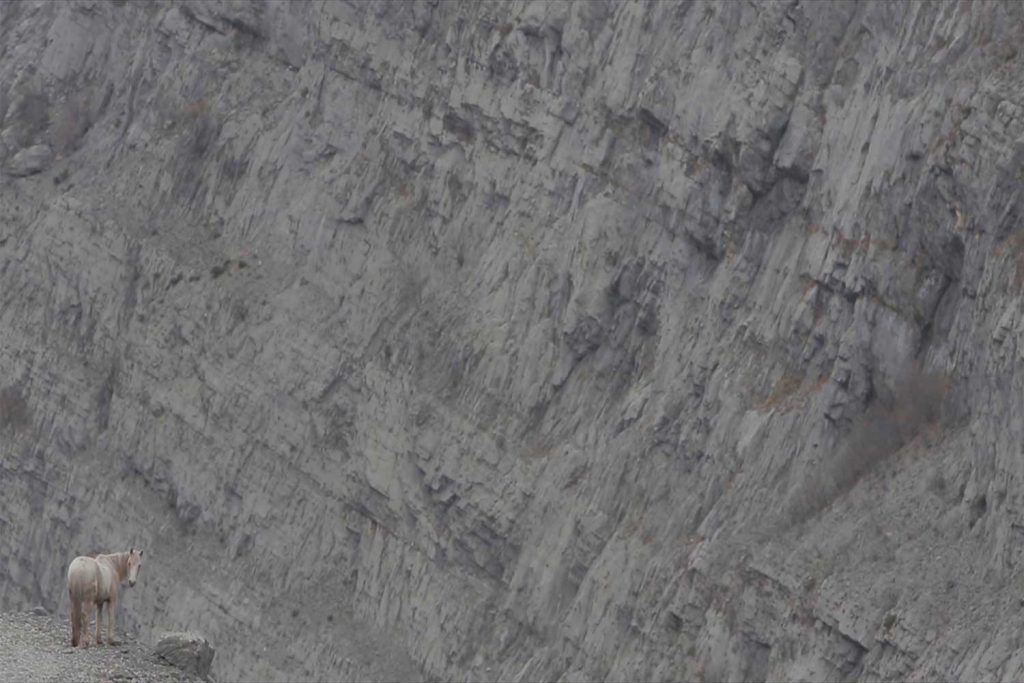 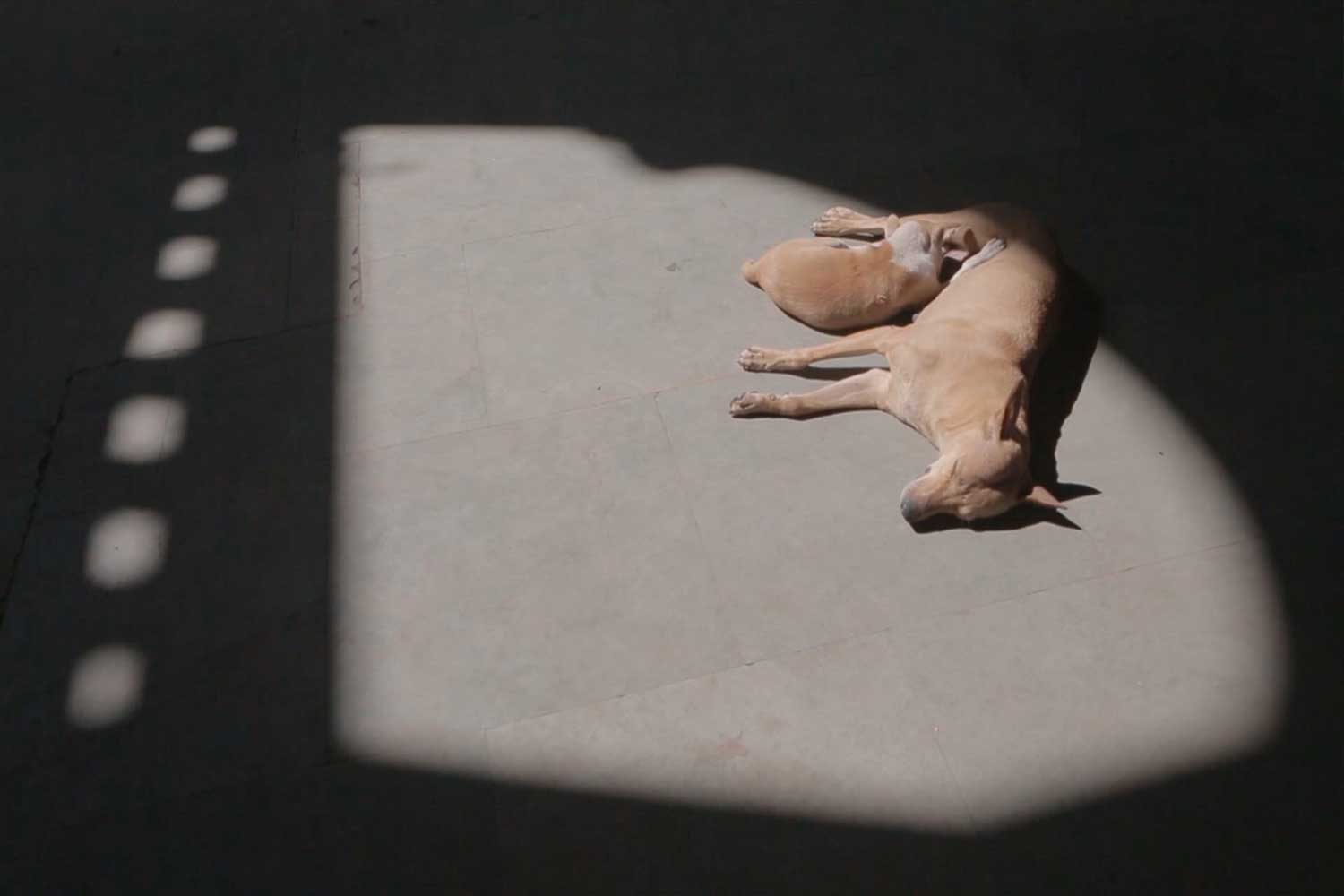 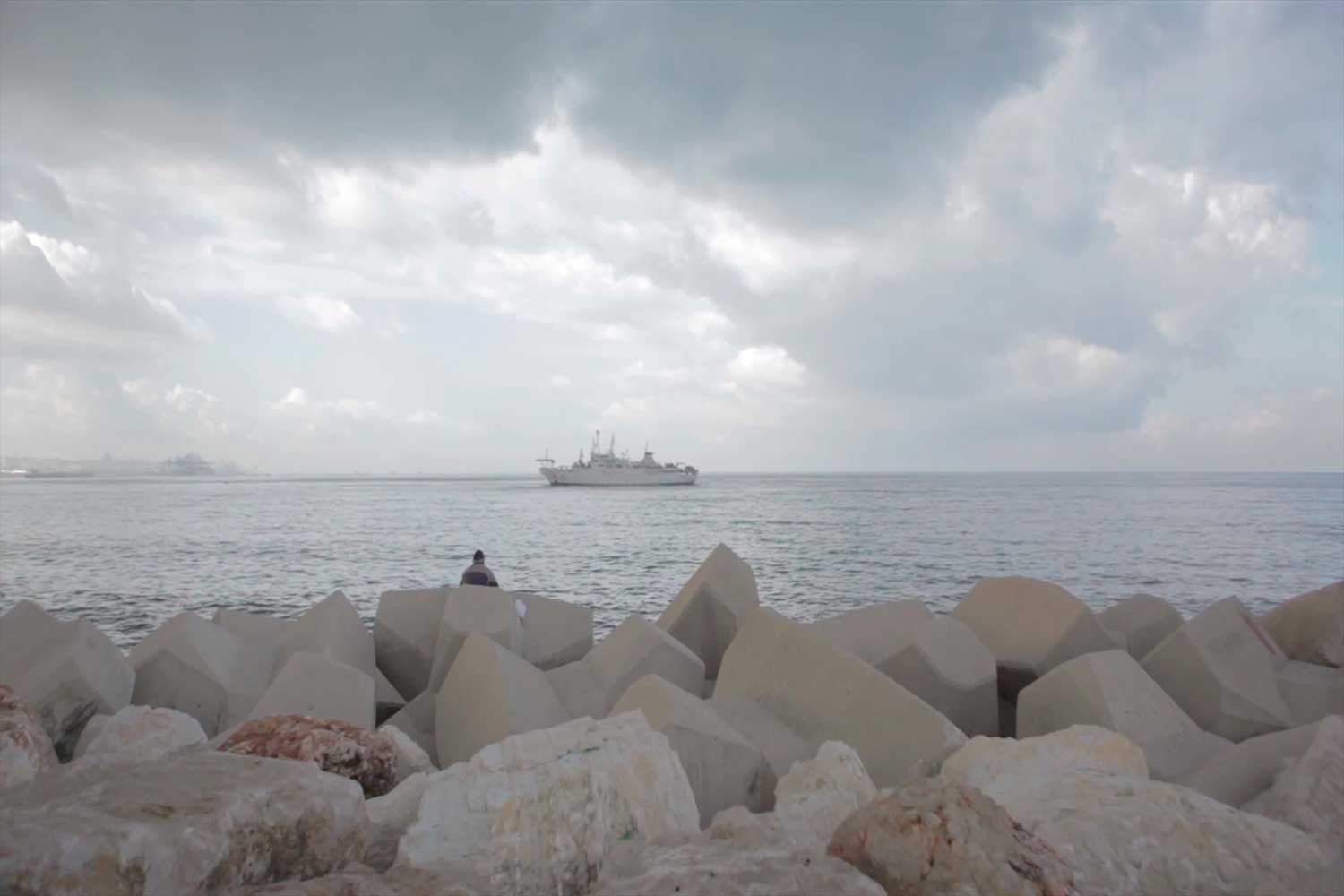 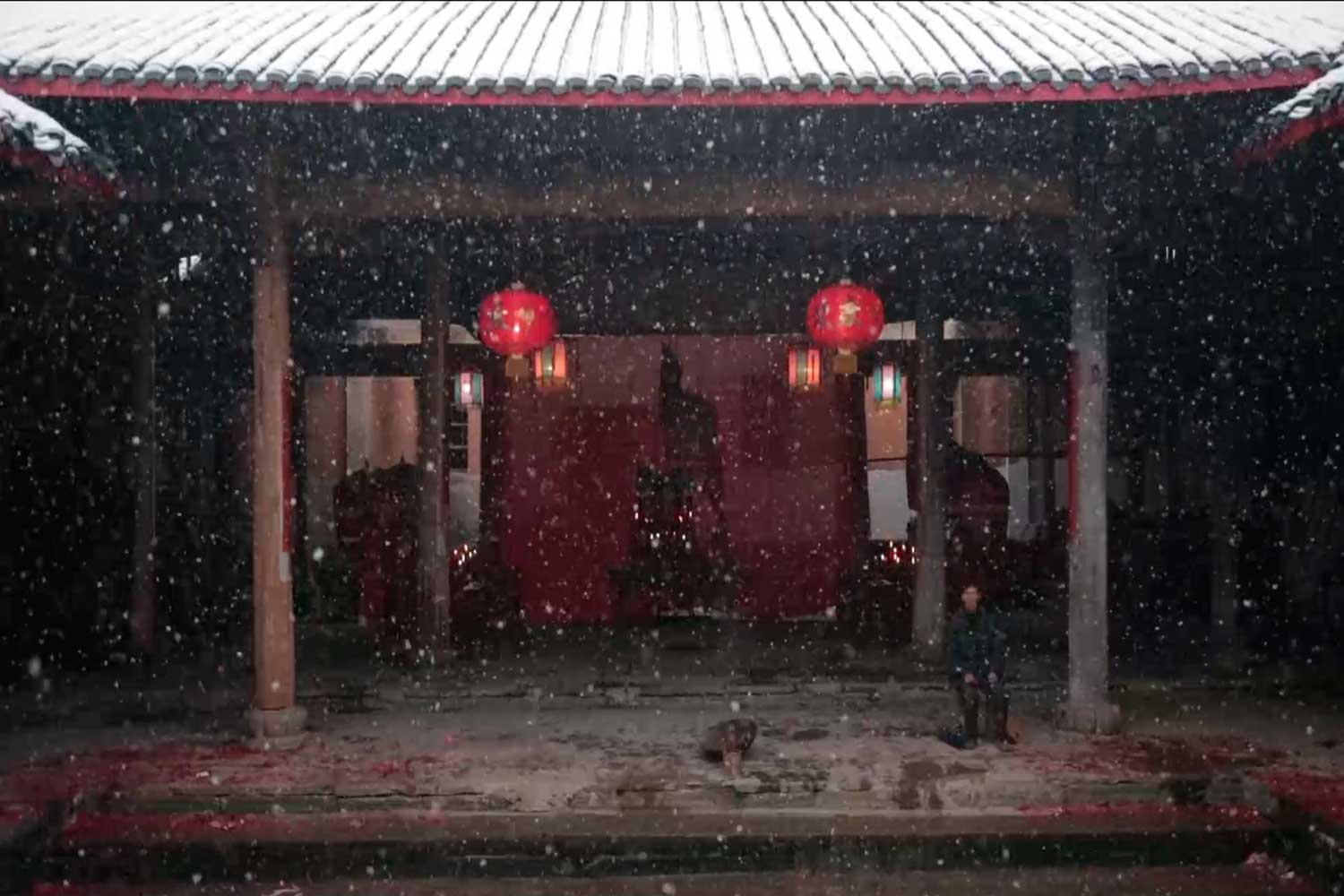 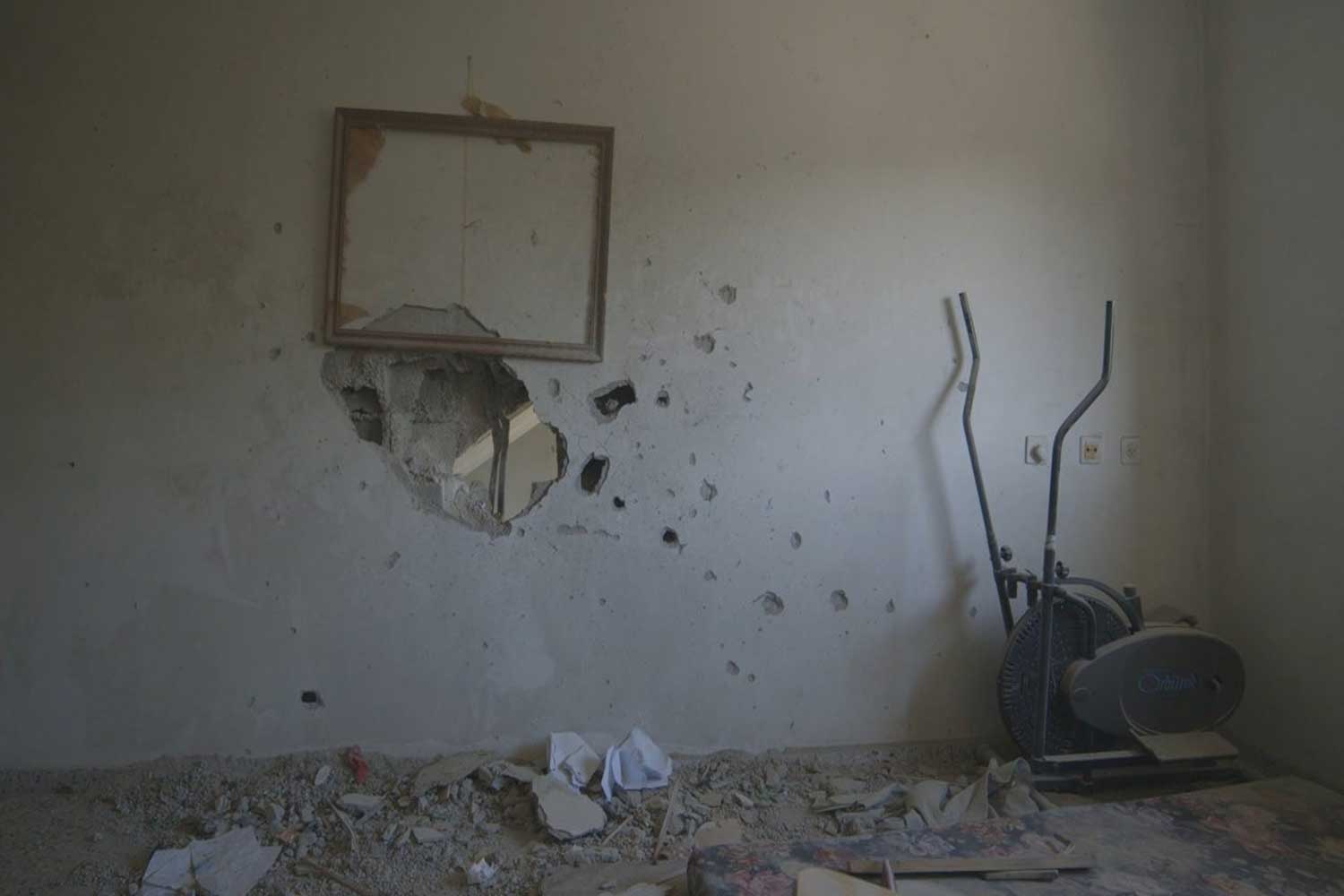 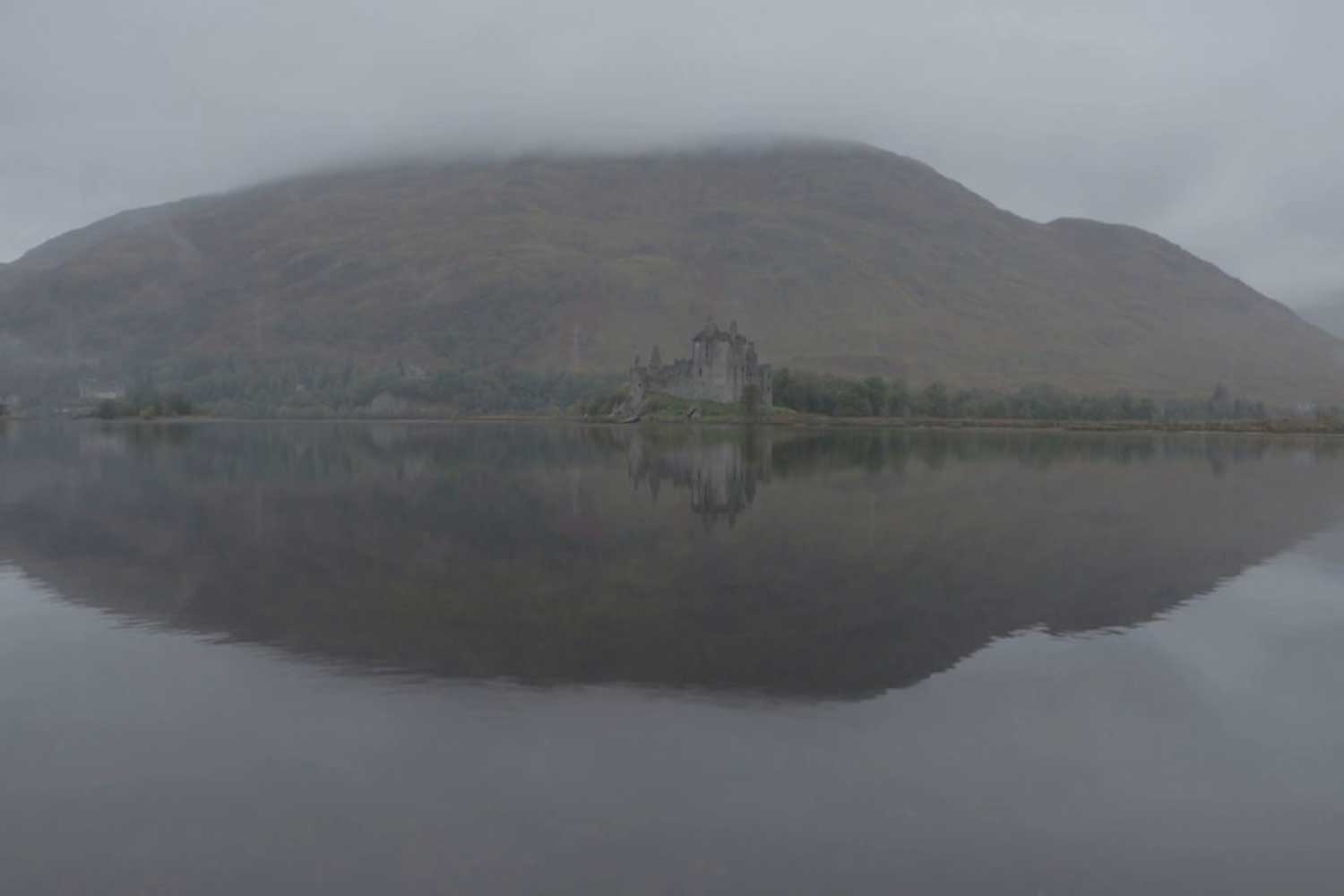 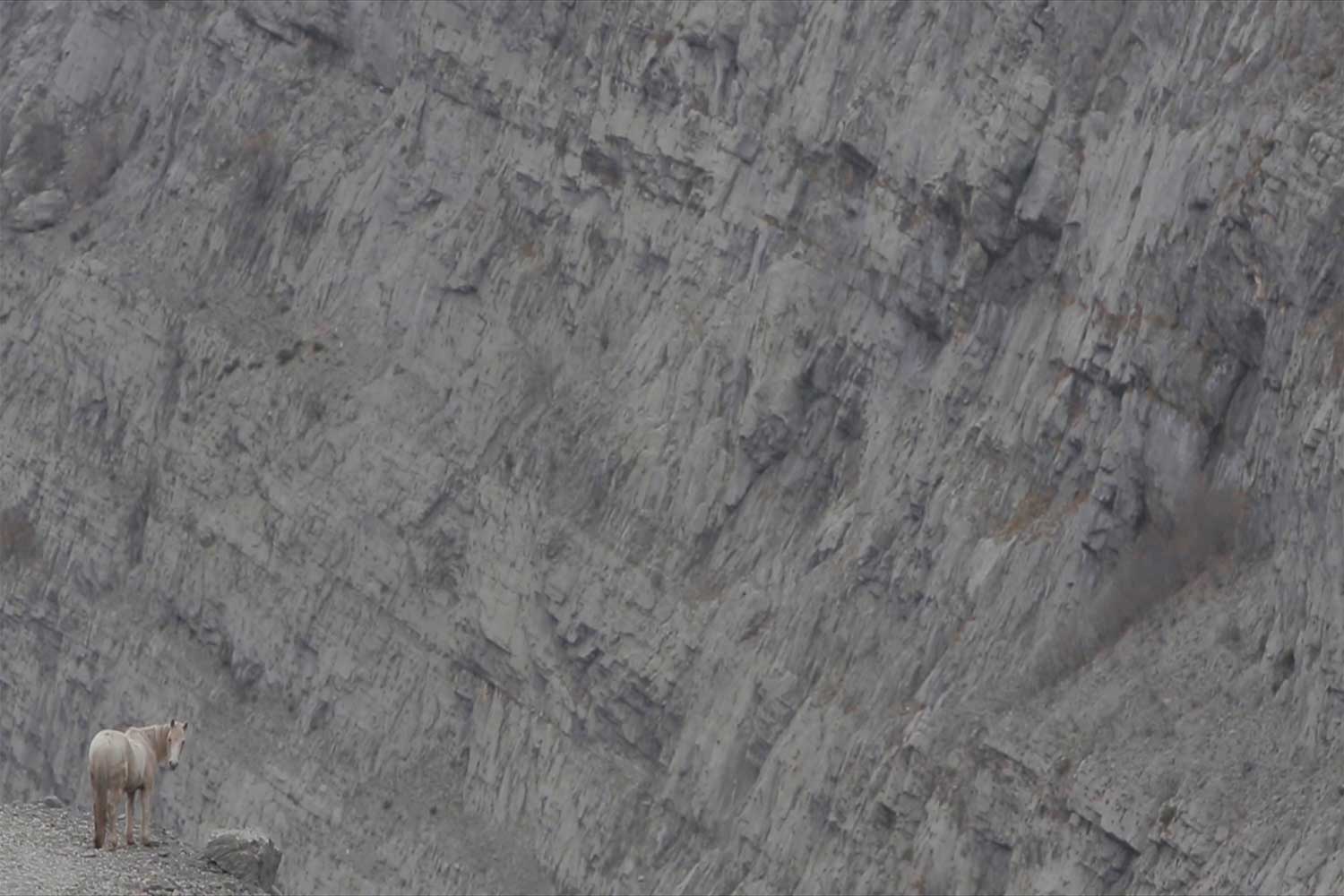