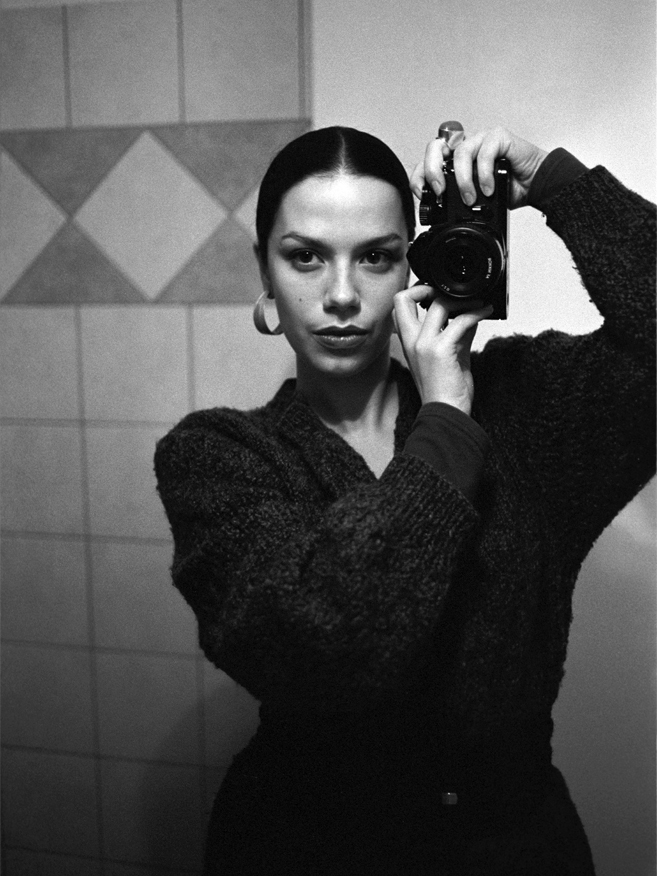 Evangelia Kranioti is an artist working in cinema, photography, text and video installation. Her practice involves immersion in different social contexts, and culminates in the creation of both documentary and fiction works. Her artistic and anthropological research explore the themes of exile, origins, wandering and desire.

SAMBA NO ESCURO, 2016
Samba no escuro, the work of Evangelia Kranioti for Biennale de l’Image en Mouvement, is a tale about illusion and transformation set in Rio de Janeiro (Brazil) a few months ahead of the Olympic Games. A documentary fiction, it explores gender and urban rituals in the hedonist realm of the cidade maravilhosa. Across spiritualism and transsexuality issues, from the Sambodromo bacchanal to the favela carnaval, two creatures —a wandering clown and the carioca transvestites’ queen— tell the story of bodies in endless metamorphosis.